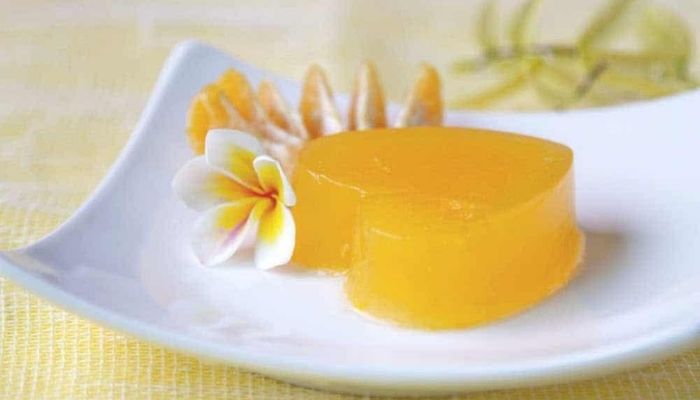 What Is Vegan Gelatin?

Vegan Gelatin – The traditional process for producing gelatin involves boiling animal tissues and bones until they congeal into a gel-like substance. As such vegan gelatin substitute, many seemingly vegetarian items are rendered non-vegetarian by the inclusion of gelatin in their ingredients. Common examples include marshmallows, yogurt, candies, desserts, and gel capsules.

Although vegetarian replacements cannot perfectly replicate the thickening and gelling properties of gelatin, products such as agar-agar, carrageenan, and vegetable gums provide you with a variety of close alternatives. So if you’re a vegetarian or vegan, you can still make these delicious desserts.

How To Make Vegan Gelatin?

Here are three great gelatin alternatives and some tips on using them.

Agar, also known as agar-agar, is a mix of carbohydrates extracted from seaweed, specifically Red Sea algae. Agar-agar has no flavor, odor, or color so it’s helpful as a culinary ingredient. Heat is used to dissolve agar-agar and form vegan gelatin. For smooth results, the agar must dissolve completely and may need to be blended. Once you add the agar-agar to a recipe, it should set at about an hour or so at room temperature no refrigeration necessary.

Pectin is made from fruit skins and rinds. They are boiled, filtered, and dehydrated into a soft gel. Because it’s made from fruit, it’s often used to thicken jams, jellies, and marmalades.

You probably know about xanthan gum from gluten-free baking but it can also thicken smoothies and sauces. Some people have difficulty digesting xanthan gum or avoid it because it is derived from corn. Guar gum is also a vegetable-based gum that acts the same as xanthan gum but seems to be easier to digest.

Another gelatin alternative commonly present in jellies is Konjak. This yam-like plant is a central component of jelly candies and can be dried and pressed to produce a powder. Well, there you go! Gelatin without any animals needed! Whatever we may need to do, we can always count on plants to give us the answer.

Where to Buy Vegan Gelatin?

If you are looking for good quality halal gelatin options, then we recommend visiting our Products Page.