Kosher Gelatin: Is It Halal or Haram?

Collagen VS Gelatin – The Myth To Solve 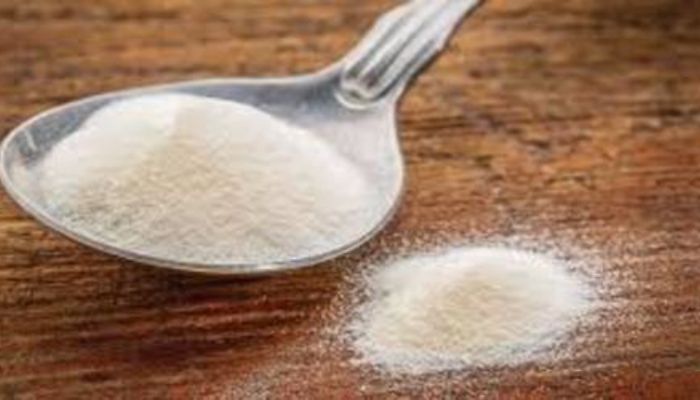 Is kosher gelatin halal or haram? Let’s discuss on some theories in respect of Islam.

Is Kosher Gelatin Halal According To All Fiqhs?

Kosher Gelatin: According To Hatem ALHaj

Yes, since their meat is halal for us to eat, and kosher foods are slaughtered by Jews and they don’t compromise in that regard. It is important to note that Jews may have foods labelled kosher that contain wine. Therefore, kosher is not synonymous with halal. In the case of gelatin, it is halal.

There are some other people who agree with him. According to halal yummies, there are different kosher certifying organizations and they all consider different things to be kosher. Foods that are labelled OU, V, CRC, and KUF K can be regarded as halal meat. These organizations are the ones that don’t consider pork gelatin to be the koshers products.

There’s one kind of kosher jello that is considered to be halal by almost everyone is made up of fish.

According to seekershub, a hanafi school of thought based website;

It depends on the source of the gelatin. If it is from slaughtered kosher meat, it would be halal since the meat is halal. If it is from fish or vegetarian sources, it is of course halal. Here is a question arises, is kosher gelatin vegetarian? “Kosher gelatin” is, generally speaking, not vegetarian. If it’s actually called gelatin, then it’s likely derived from animal bones, particularly fish. The Kosher appellation simply means that it’s not sourced from the bones of pigs or otherwise treff sources.

Mostly vegan products whether gelatin or any other food is both kosher and halal. This goes for vegetarian products too.

It is also permissible to eat gelatin if one thinks that it has been extracted from an animal or vegetable. But, if it is known that it was derived from an animal, then it is not permissible to eat without ascertaining that the animal was slaughtered according to sharia. This prohibition applies, as a matter of obligatory precaution, even if it was extracted from animal bones.

Of course, if a chemical change occurs in the original ingredients during the process of manufacturing the gelatin, there is no problem at all in eating it. Similarly, even if one has doubt whether the animal was slaughtered Islamically or not, still there is no problem in adding the gelatin [made from that animal] to the food in such a minute amount that it is completely absorbed in it.

Is gelatin kosher? It would be easier to know in detail whether kosher gelatin is halal or not if we go into the similarities and differences between koshers and halal foods.

Following are the similarities between Islamic and Judaism dietary laws.

Now let us see what are the differences in the laws of halal and kosher?

Conclusion of kosher gelatin being halal

However, it can be safely said that not all kosher gelatin is halal. You have to check the source on the label to be sure that what you are consuming is legal in your sect not. So in conclusion, fish sourced kosher gelatin, bovine kosher gelatin and vegan gelatin can be consumed and are considered halal.